Accept it or not, education is one of the foundational components of our society. As such, it is all about sharing and spreading the information in the most efficient ways (not necessarily traditional way), and we can take benefit of the new technologies to reach the desired results in modern education. This makes Virtual and Augmented Reality in Modern Education a perfect example of testing.

VR and AR technology seems a bit sci-fi and intimidating, right? They can be until you start to experience the amazing ways these technologies are being applied to areas like education. But, like any latest technology, where there's an unimaginable possibility there are also safety concerns parents don't want to overlook.

According to a report from Common Sense Media, 60 percent of parents are concerned about VR's effects on their children's health, while others say the impact of Virtual and Augmented Reality in Modern Education will hold significant educative benefits. 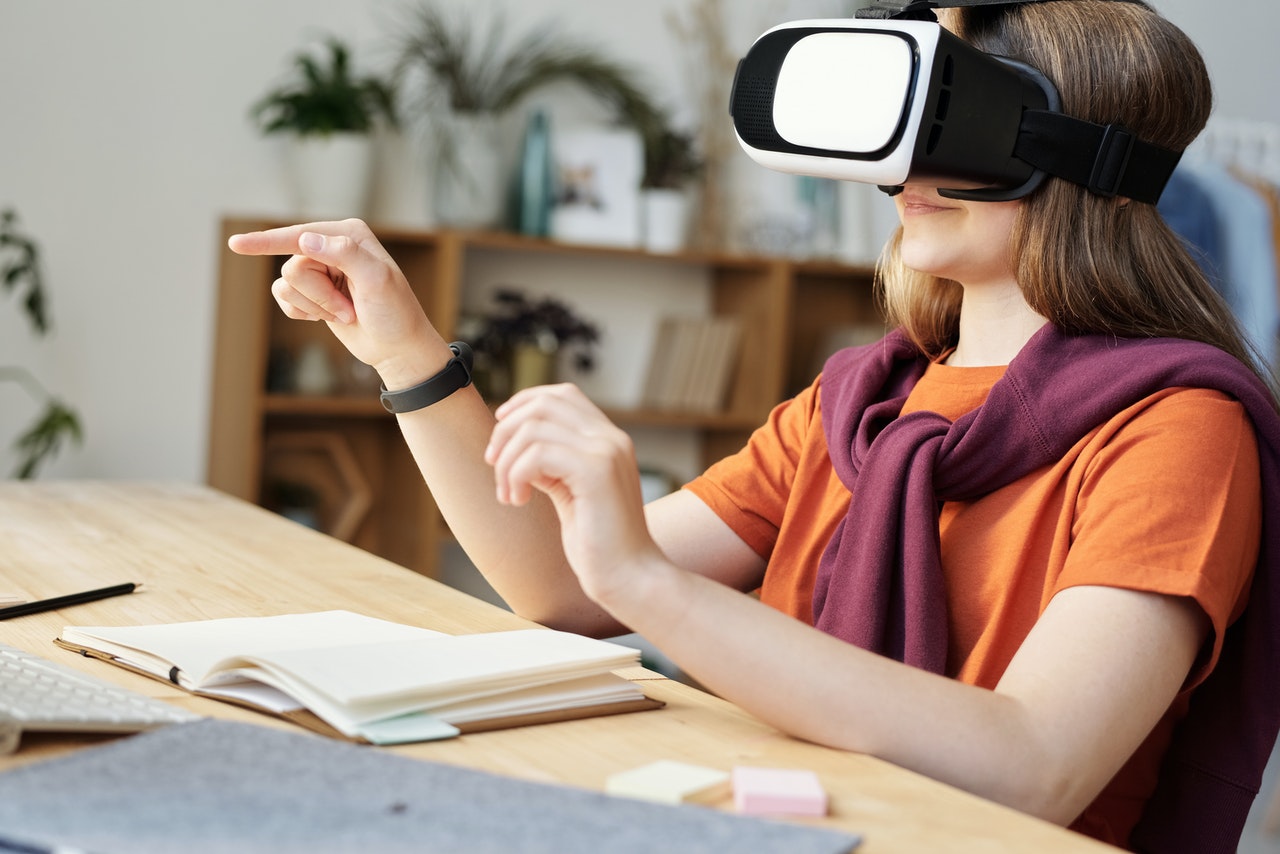 Grown-ups, as well as kids both, are using VR technology - software, headsets, and games and so on to endure the thrill of being in an immersive setting.

Remember the Pokemon Go app? They utilize AR technology to overlay characters in an actual environment.

With VR technology, a user wears a VR Head Mounted Display (HMD) headgear and communicates with 3D computer-generated settings on either a PC or smartphone that empowers them to feel - or endure the illusion — that he or she is truly in that place.

The VR headset has eye displays (OLED) for each eye that display an environment at diverse angles to provide the perception of depth. VR settings are assorted. One might entail going inside the human body to learn about the digestive system, another environment might be a battlefield, while another might be a serene ancient monument view. The list of possibilities Virtual and Augmented Reality in Modern Education hold are endless.

While education is treated with absolute sincerity, it is not without its concerns, namely the limited availability of institutional aids and lack of qualified personnel. Besides, being a parent of a child with special needs with limited physical abilities you know how hard it is for them. Due to all these concerns, implementing Virtual and Augmented Reality in Modern Education system makes so much sense. Let's talk about it.

How does VR/AR fit in the Education System?

The most obvious way to describe the possible impact implementation of Virtual and Augmented Reality in Modern Education system is to consolidate it into four words: Harder, Better, Faster, Stronger.

The teaching system needs new technologies to stay connected in this ever-changing environment and be efficient at realizing its purpose. Virtual & Augmented Reality is the subsequent reasonable step in the progression of the Education System.

Virtual and Augmented Reality technology when combined education holds the potential to be a win-win situation.

The major hurdle in the development of custom VR education applications is that many of the elements have to be created from scratch. However, it is feasible to design apps that give educators the ability to construct  Virtual and Augmented Reality applications for tutoring objectives from building blocks, using available toolboxes and templates.

As a side project, it might also promote the broader adoption of the VR and AR technologies among people (since those parents who are using this latest tech for education usually proceed using that tech later in life.)

"Interactivity is the key reason which makes VR and AR so attractive for tutoring goals".

Today's average lessons consist of a lot of listening, lots of notes, and some distracted, packing the gaps with critical thinking and imagination. This is not an endearing experience, instead, it's kinda boring, particularly if you don't like the subject.

Whereas, Virtual Reality allows experiencing the chapter up and front. As such, these sets of experiences are way more compelling and effective in imparting knowledge than any traditional class.

For example, your child can experience the Battle of Waterloo alongside Napoleon or can spend one day in the life of an Egyptian farmer. Not just that, you can also virtually visit numerous countries instead of just staring at the map and daydreaming about it. In the end, we all will agree that VR and AR are much more interesting than just staring in the books.